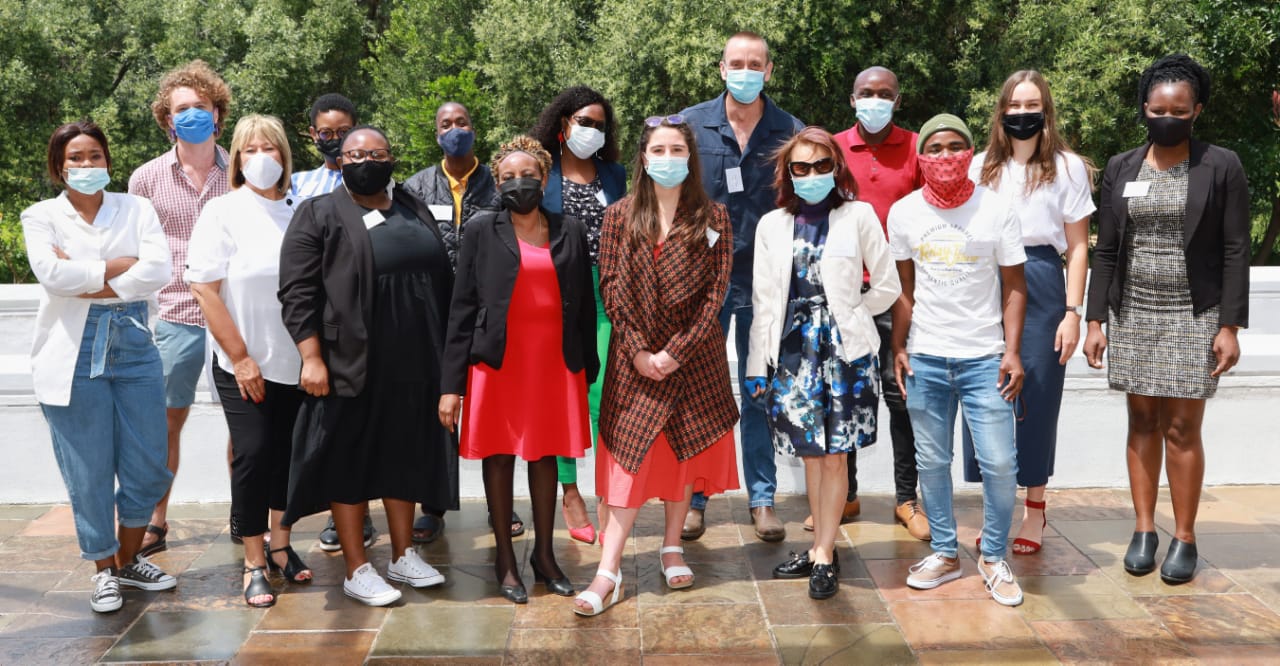 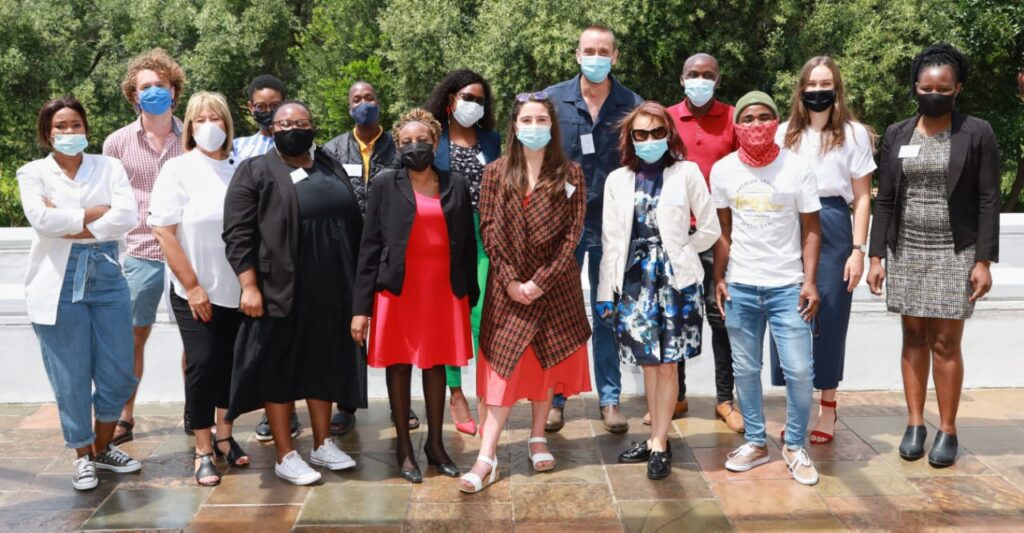 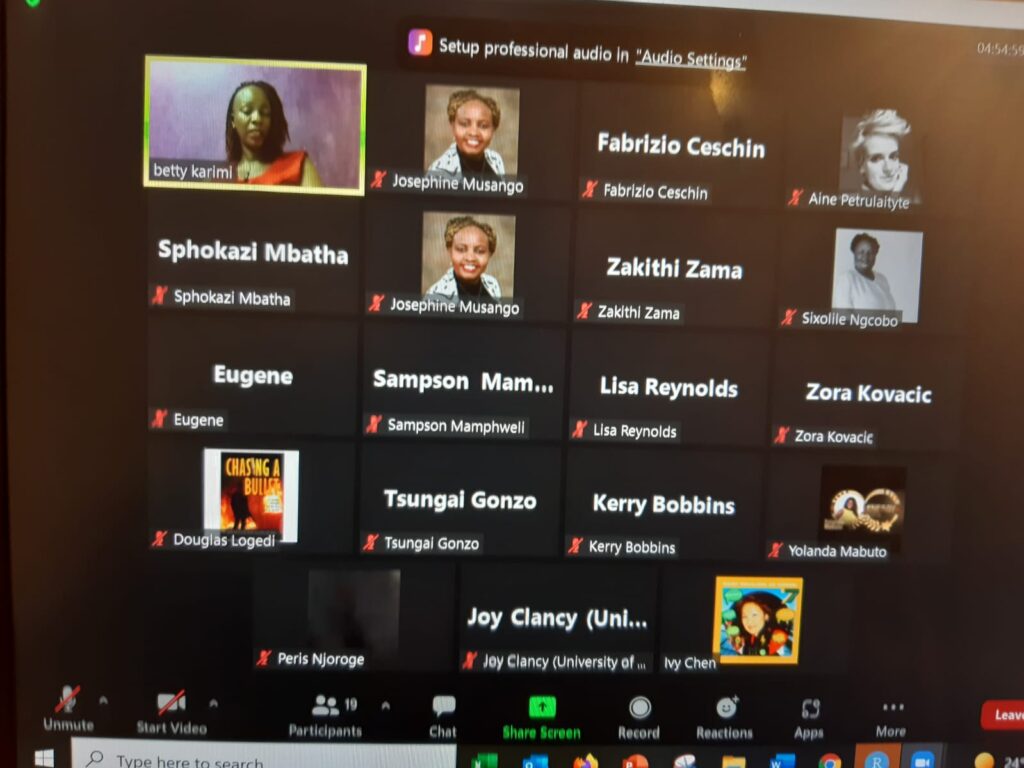 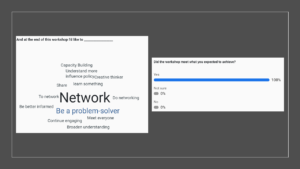 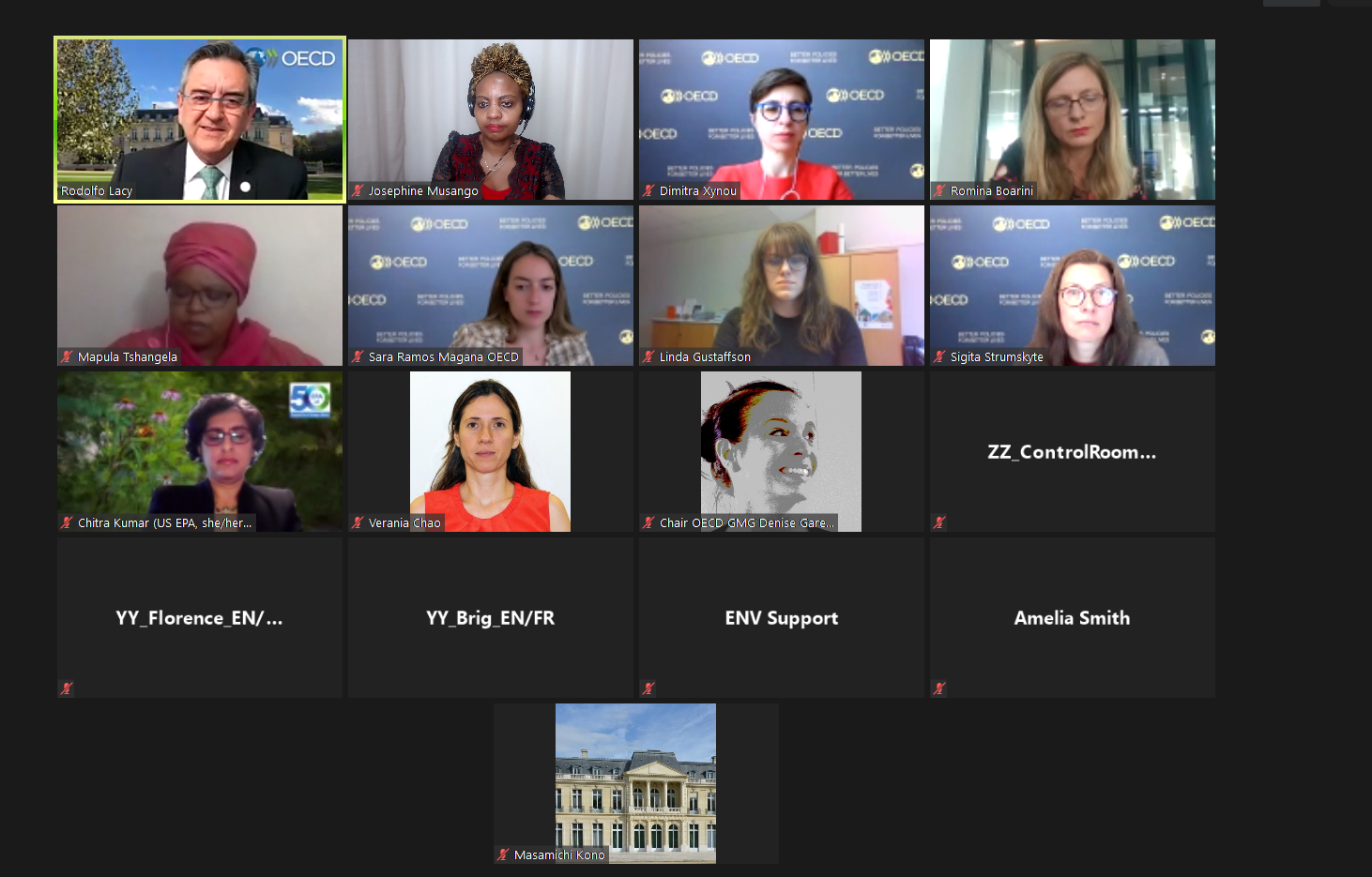 On 21 May 2021, GENS chairholder, Prof Josephine Musango, participated as one of the panellists at the launch of the OECD gender and Environment nexus. The environment is linked to SDG 7 on affordable and clean energy and SDG 11 on sustainable cities and communities.

The report shows that: 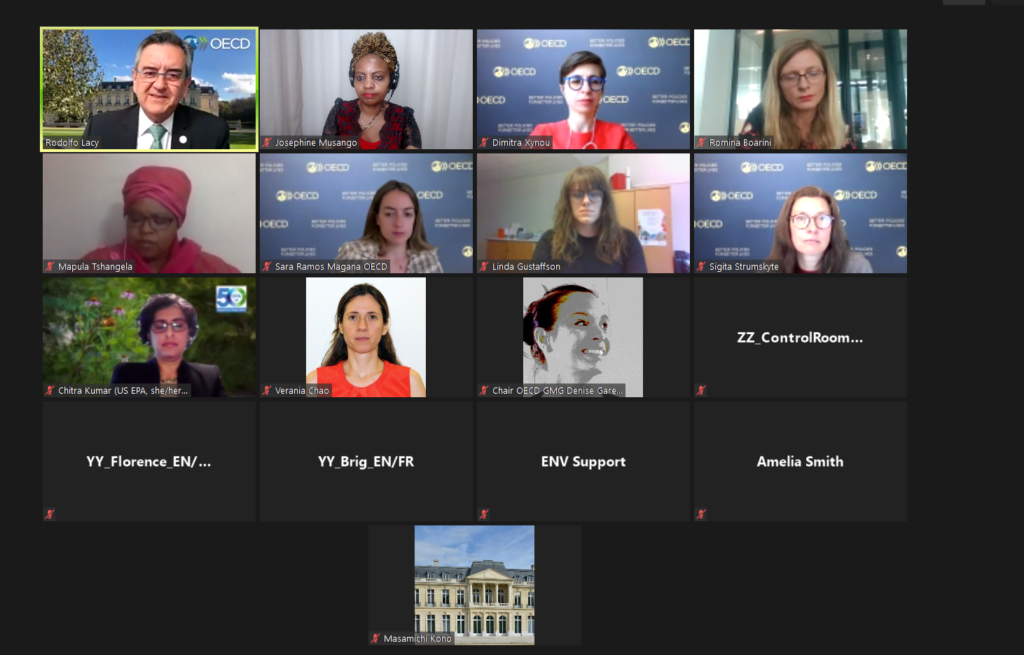 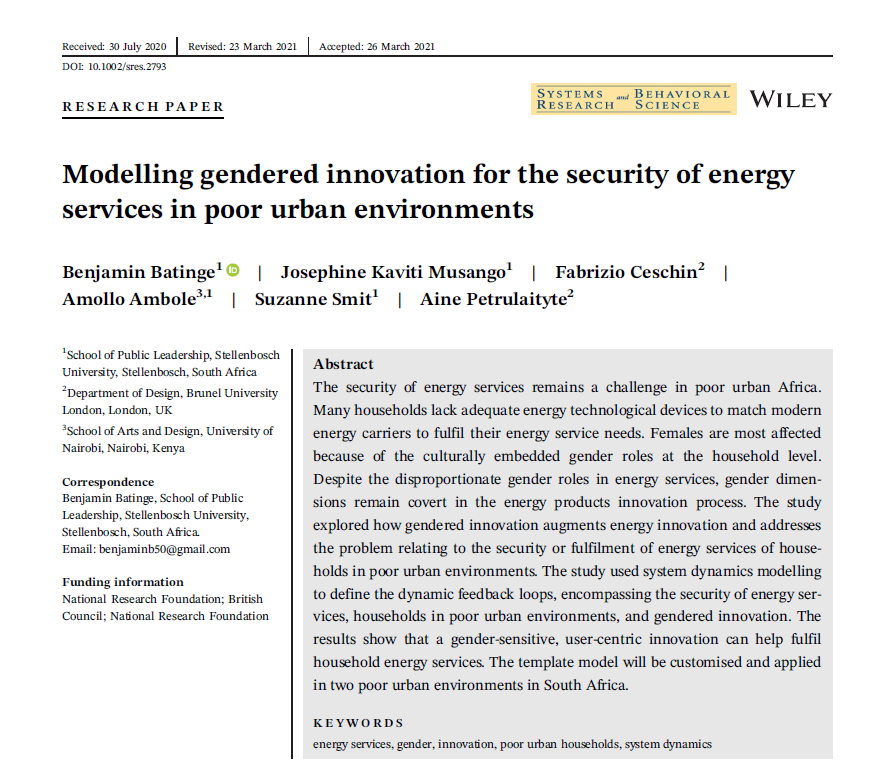 The study showed that taking a gender gender-sensitive and user-centric approach to energy innovation and solutions for household energy services can improve social acceptability. Further, it can improve the suitability of solutions in specific contexts and fulfil the households’ energy services in poor urban areas.

Gender-sensitive and user-centric solutions may also lead to a decline in the total poor urban population, which we defined based on income level because energy service fulfilment could impact the overall income through energy service-driven entrepreneurship.

GENS held a first virtual stakeholder engagement workshop on Energy and Gender in South Africa on 24 March 2021. The workshop was themed Mainstreaming gender for energy security in informal settlements in South Africa and brought together 30 stakeholders, who were from the Department of Mineral Resources and Energy, Drake  nstein Municipality, business, Groenheuwel community members, academics, and GENS Team from the three collaborating institutions, Stellenbosch University, Brunel University London and GENS Hosts Energy and Gender in South Africa Stakeholder Workshop of Nairobi (see Photo 1 showing screenshot). Six stakeholders were in one virtual room.

The objective of the workshop was to bring together the different stakeholders, including government, industry, academics, researchers and the Groenheuwel community, to discuss the question: How might we build research capacity, harness industry expertise, and frame policy to promote gender-informed innovation and commercialisation opportunities in alternative energy technology and services in the informal settlements in South Africa.

Prof Zwelizima Ndevu, the Director of the School of Public Leadership, welcomed the stakeholders and expressed his support for the workshop that links researchers, community members and government stakeholders to come up with “home-grown solutions.” 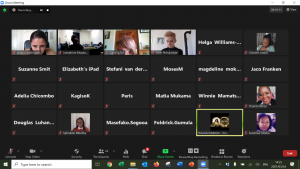 and Project Management Office at the Department of Mineral Resources and Energy (DMRE). Ms. Marabwa presented the DMRE mandate in the energy sector, the policy framework that supports gender and energy, existing programmes at DMRE, and challenges that serve as a barrier to women’s participation. Although challenges to include women in the energy sector remain, the question is how to turn these into opportunities through collaborative efforts. 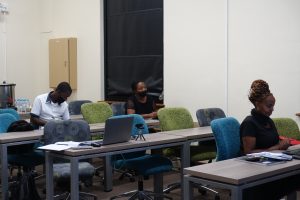 Two community co-researchers, Mbulelo Ngalo and Brenda von Willingham expressed their experience being part of GENS research, and Ms. Gail Jacobs, currently serving as a community liaison at the Groenheuwel community, shared insights on how to encourage community stakeholders to become change agents in their community.

Some key highlights and messages that emerged during the workshop are the following:

The next GENS Stakeholder workshop in South Africa will take place on 13 October 2021. 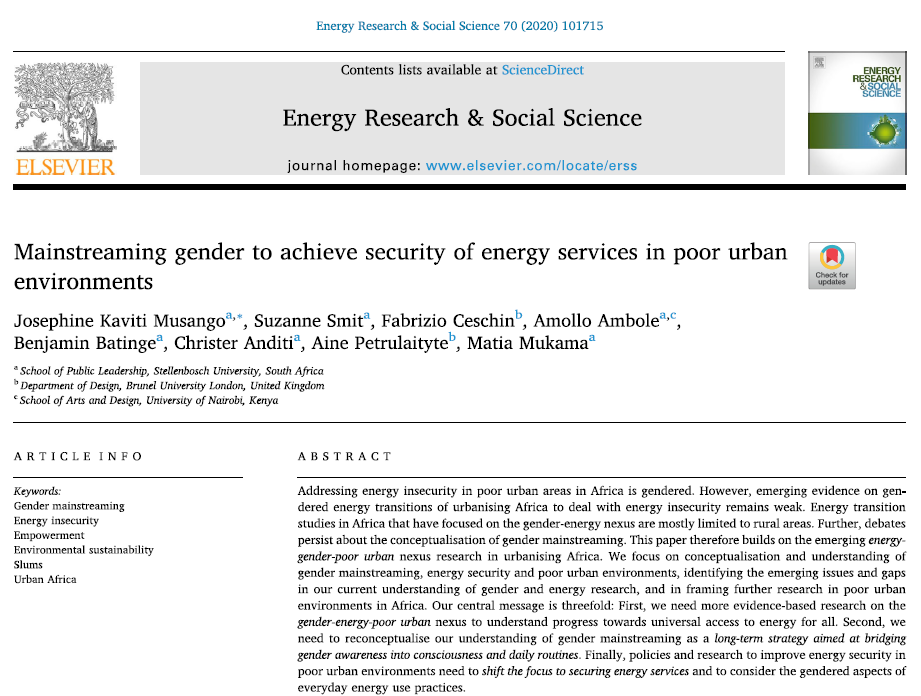 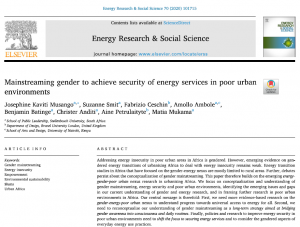